In our special Movers and Shakers series The Property Investor is proud to showcase successful Australian women property specialists. The individual women selected are outstanding property professionals who have either mentored others, changed the industry for the better through their indvidual effort or innovated and introduced a new property-related product offering that has brought real value to customers lives or businesses.

Marta Higuera and Zoe Pointon Co-Founders and Co-CEOs of OpenAgent.com.au

Marta and Zoe are the Co-Founders and Co-CEOs of OpenAgent.com.au which they launched in 2013 to help make it easy for people to buy, own and sell property.

When you look at both Marta and Zoe’s career trajectories, you see pure determination, driven by an inherent nature to learn and succeed at whatever they put their hands to.

Marta grew up in a small industrial town in Northern Spain. Apart from speaking four languages, she also has a degree in music, a Physics MSc (landing her a National Prize as one of the top three students in Spain) and earned a Stanford MBA.

She’s had a colourful and successful career prior to founding OpenAgent, where she previously held leadership positions at Qantas, Pacific Brands and McKinsey&Co, as well as other corporates and startups across Europe, the US and Australia.

Zoe achieved a degree in Commerce and Business from the University of Queensland and has previously worked for global management consulting firm McKinsey&Co. It was there that she met Marta, when they were both working as Strategy Consultants.

Before launching OpenAgent Zoe was training for an Ironman and Marta was taking 6 months off sailing around the Mediterranean with her husband. Zoe was spending around 5 hours a day on a bike training. It gave her a lot of time to think, which is how she came up with the idea of OpenAgent and the kind of service it could offer consumers.

She couldn’t shake the idea and managed to get a hold of Marta and brainstorm it. OpenAgent was an idea born out of frustrating personal experiences. Australia’s favourite hobby is real estate, so a lot of people have either bought a house or sold a house.

It wasn’t until Zoe and Marta started spinning back emails from the Mediterranean to the bike that they realised there was a big broken vertical and a massive opportunity to make a difference for home sellers.

Two thirds of people say that selecting the right real estate agent is the most stressful part of selling their home. With this in mind, Marta and Zoe started by developing a model to straighten out the process of selling a property and to provide transparency and fairness. Properties are often our biggest assets, and the goal of OpenAgent is to give sellers back control throughout this important moment in life.

OpenAgent has huge aspirations. The tech and product team is being bolstered to ensure the business becomes more than an agent recommendation engine – but the trusted go-to place for Australian home owners, where it becomes easier to buy, own and sell property.

In five years, OpenAgent has raised over $20m in funding, grown to over 70 staff and has assisted 76,487 customers to sell their homes.

Together, Marta and Zoe have been the recipients of many industry awards. They were both Deloitte Rising Star Finalists in 2014 and 2015; included in the Tech Fast 50 in 2016 and 2017; were placed in Start-Up Daily’s Top 50 Entrepreneurs Under 40 list; and included in the Heads over Heels program.

In 2014, OpenAgent placed in the Anthill Top 100 Coolest Companies in Australia list. More recently, OpenAgent placed 79th on the Australian Financial Review’s top 100 most innovative companies list and was a regional finalist in the 2018 Ernst and Young Entrepreneur of the Year Awards. 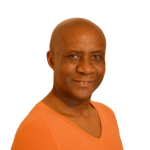 Kizzi Nkwocha is the editor of Kizzi’s Luxury Property Magazine and publisher of The UK Newspaper, Money and Finance Magazine and Business Game Changer Magazine. Kizzi Nkwocha made his mark in the UK as a publicist, journalist and social media pioneer. As a widely respected and successful media consultant he has represented a diverse range of clients including the King of Uganda, and Amnesty International. Nkwocha has also become a well-known personality on both radio and television. He has been the focus of a Channel 4 documentary on publicity and has hosted his own talk show, London Line, on Sky TV. He has also produced and presented both radio and TV shows in Cyprus and Spain. Nkwocha has published a number of books on running your own business and is the host of The Naked Property Investor podcast show.