There are two types of Federal Budgets; the ones where governments make hard decisions that can be painful for voters (which usually come just after an election) and ones which aim not to rock the boat too much (which usually come just before an election). With the next federal election widely assumed to be less than a year away, Budget 2018 was firmly in the latter camp.

So, was the Budget a non-event? Well, not quite. Whilst measures targeted at property owners were thin on the ground, there were a number of measures – some good, some bad – that you need to be aware of:

Undoubtedly the headline measure in this year’s Budget was the announcement of a seven year program of personal tax cuts; all individual taxpayers will benefit from the tax cuts, so whilst not directly targeted at property investors, they will still be good news, assuming they are implemented in full (by no means guaranteed, given the unpredictable nature of the current Senate).

Step 1: Low and middle income tax offset to be introduced

Despite starting from 1 July 2018, taxpayers will have to wait at least a year to enjoy the benefit of the new offset since it will need to be claimed in your 2018/19 tax return, which can only be lodged from 1 July 2019 onwards. The offset will then either reduce the amount of tax payable to the ATO or increase the size of a refund. Taken together, a typical middle income couple stands to be over $1,000 per year better off due to this new tax offset.

Step 2: Changes to the tax thresholds for middle income taxpayers

Given the magnitude of those cuts for high income earners, this is likely to be the most politically difficult aspect of the new tax plan and the government may find it hard to find sufficient support to pass this measure. But with the government promising that it’s “all or nothing” in relation to these tax cuts, it’s too early to assume any of these tax cuts are locked in.

Deductions for vacant land to be denied

From 1 July 2019, tax deductions will not be allowed for expenses associated with holding vacant land. This is claimed to be an integrity measure to address concerns that deductions are being improperly claimed for expenses, such as interest costs related to holding vacant land where the land is not genuinely held for the purpose of earning assessable income. The government says that it will also reduce tax incentives for land banking, which deny the use of land for housing or other development.

Deductions that are denied will not be able to be carried forward for use in later income years. Expenses for denied deductions that would ordinarily be added to the CGT cost base (such as borrowing expenses and council rates) may be included in the cost base of the asset for capital gains tax (CGT) purposes when sold. However, deductions denied for expenses that would not ordinarily be a cost base element would not be able to be included in the CGT cost base.

The measure will not apply to expenses associated with holding land that are incurred after:

SMSFs are a popular vehicle for holding property investments and there are a couple of minor, but eye-catching, changes which will be welcomed by those who manage their own superannuation.

New and existing self-managed superannuation funds (SMSFs) and small APRA funds will be allowed to have a maximum of six members from 1 July 2019. Currently, the maximum allowable number of members in an SMSF and a small APRA fund is four.

Three-yearly audit cycle for some SMSFs

The annual audit requirement for self-managed superannuation funds (SMSFs) will be changed to a three-yearly requirement for SMSFs with a history of good record keeping and compliance, ie for SMSF trustees that have a history of three consecutive years of clear audit reports and timely lodgements of the fund’s annual returns.  This measure will commence on 1 July 2019.

Mark Chapman is the Direct of Tax Communications at H&R Block. 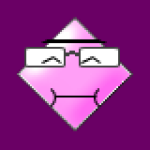