So what have we talked about so far? Planning and then the power of the subconscious mind. In this third post I explain how I bought a two bed, two bath condo in Las Vegas for less than an Australian Gold Coast unit. It was 2014 and while I’d been planning on an extended overseas trip for almost a decade in my mind, I was finally taking action. Three months around the USA dipping into Canada and visiting friends around the way.

Prior to this, over the years I’d occasionally catch up with a couple of people I looked up to when it came to property investing. I’d buy them lunch and ask them questions. What I didn’t realise at the time was that gathering this information would help me overseas and place me where I am today. When I look back I realise it’s like compound interest, where the exponential curve reaches a point and seems to increase at an ever-increasing rate. It’s the same with compound knowledge where a moment in time has you realise that all previous experiences brought you to this point and then it catapults you into the future.

it turns out these contacts were helpful in providing the details of a realtor (real estate agent) they were using in Vegas and while it felt completely out of my comfort zone, I’d wanted to dip my toe into the international market for a while. And I wanted to make sure I was using my money well.

So I researched prices online, comparing them to what I could buy  (and had looked at), on the Australian Gold Coast. Vegas seemed comparable so with a bit of planning I spent one day on the ground looking at Vegas property and signed the dotted line a week later to purchase. Sounds easy right? Well yes and no. It was easy to communicate internationally and set up both the real estate and my expectations. He knew I wasn’t in the same league as my friends who’d previously bought through him and I was into my due diligence (read over analytical about details).

The hard part was overcoming my fear that something would go wrong. I mean how could I look at only two (yes, two) properties and think that the first one I saw was perfect? Didn’t I need to look at more? And it was Friday the 13th! Was the universe playing a joke?

Well fast forward three years later and the property has been fine. Not much capital growth but steadily providing rental income. The hurdles have been getting an Individual Tax Identification Number (ITIN) from the Internal Revenue Service, along with working out rental statements. Just understanding the different processes in a country was quite an effort. Then because the fiscal / financial year is different in Australia (July through to June), there’s the splitting of yearly statements to six monthly (small effort but required all the same).

Overall it’s been a great experience. A challenge achieved and so now, the next time won’t be so daunting. When people occasionally question why I’m not more elated I stop and think. I’ve realised it’s because I was 95% sure it was always going to happen. It was just a matter of when. I guess it’s like families who grow up holidaying at the beach or overseas. Those of us who didn’t do that found it more exciting sometimes than the person who had experienced it.

So now I remember to stop and smell the roses (literally) and give thanks to having foresight. The further we look into the future the more deliberate our decisions and actions can be. I sincerely welcome your comments too, on how you found the process of investing in another country. 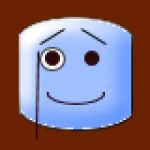